Where is Geothermal Heating Energy derived from? 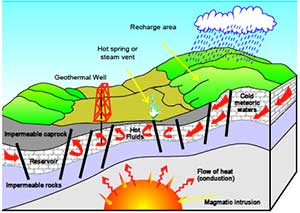 The above diagram describes the mechanism in underlying geothermal systems. Heat is supplied at the base of circulation system. Cooler recharge water from the surface of the earth's gravity feeds downwards through the earth's sub-layers and through a process of fluid convection, hot fluids rise to the upper part of the system ie entering into the groundwater table. It is estimated that shallow groundwater in Ireland has a temperature range between 9°& 12° c. Geothermal drilling vertically accesses this renewable heat resource.

Ireland is sitting on Geothermal Energy

How to 'Tap' into Geothermal Energy The essentials of a Geothermal solar system consist of two main parts:-

To provide a steady flow of heat from the geothermal Solar reservoir eg. Groundwater. The collector system may comprise:- AHorizontal Array: i.e. a quantity of lay flat pipe generally under soil 1mtr below ground level. The pipes carry anti freeze agent which abstracts soil temperatures through a process of conductivity, OR A Vertical Borehole: If geothermal drilling one or more drilled boreholes, with a geothermal borehole collector pipe system and geothermal probe i.e. cone shaped fitting at the bottom of the pipe. The open hole is generally backfilled at annulus to the installed collector pipe with a suitable pea shingle (gravel) or high 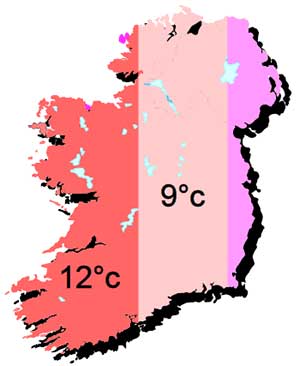 A heat pump is a refrigeration unit which is used to pump heat from one place to another. When a heat pump is running there is a cooling effect on one side and a resultant heating effect on the other. In the same way as a domestic refrigerator pumps heat from inside the unit for cooling, a geothermal heat pump gently cools the earth and pumps heat into your house. Heat pumps are generally designed for brinewater systems in which there are three circuits. On the cold side is the geothermal collector in which liquid is circulated to extract heat from a source. The second is the refrigerant circuit inside the heat pump which is pumped by a compressor causing a cooling effect on the cold side and a heating effect on the hot side. The third is the internal distribution circuit i.e. underfloor heating, radiators and domestic hot water.

Although heat is transferred from one circuit to another, the contents of the circuit never mix. A refrigerant gas has an extremely low boiling point. When the liquid is circulated through the geothermal collector, the liquid passes through the cold-side heat exchanger and is cooled by the colder liquid refrigerant through a heat exchanger known as the evaporator. This causes the refrigerant to vaporise and passes upward to the compressor which then pressurises the vapour and causes high temperature. The gas is then pumped through the hot-side heat exchanger known as the condenser which transfers heat to the internal distribution circuit. As the water absorbs heat from the refrigerant gas it causes it to condense like condensation on a window. It turns back to liquid from and passes through an extremely small opening in the throttling device and undergoes a sudden drop in pressure and resultant drop in temperature. This cold boiling liquid is pumped into the bottom of the evaporator where the whole process is repeated. 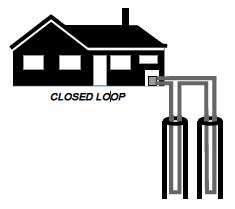 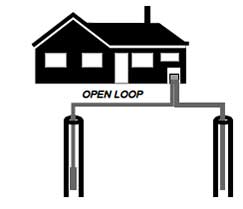 How can we help?

Should you have any questions or queries please don't hesitate to get in touch.
Our well services in Ireland are unrivalled and you are welcome to view a number of recent client testimonials here.

Briody Well Drilling Ltd continues the tradition and legacy of Patrick Briody & Sons Ltd operating one of the most respected and competent water well drilling businesses in Ireland.

The cornerstone of our Business is to serve our Clients with an experienced and competent Driller, operating a most versatile and robust Drill Rig and supported by an efficient and compliant administrative back-up. 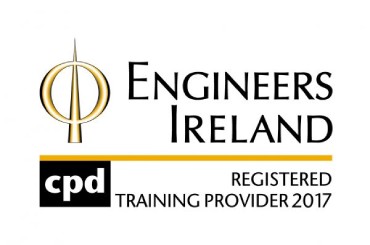